A teenage girl is raised underground by a robot “Mother” when human race has reached extinction. But their unique bond is disturbed when a stanger also another human being arrives.I felt the concept was rather unique. I mean the bonding between a very intelligient AI and a girl.

The movie is more of use your own imagination sort.The production design of the movie is really good. Clara Rugaard who plays Daughter, outshines Hilary Swank …with ease.While the robot who plays mother and is voiced by Rose Byrne is mysterious and you start wondering what Mother’s actual intentions are?

Australian director Grant Sputore does decent job in his debutant venture. This one has decent pace, isn’t boring and is thought provoking science fiction thriller. I liked this one and would recommend it. My rating is 3.5/5. 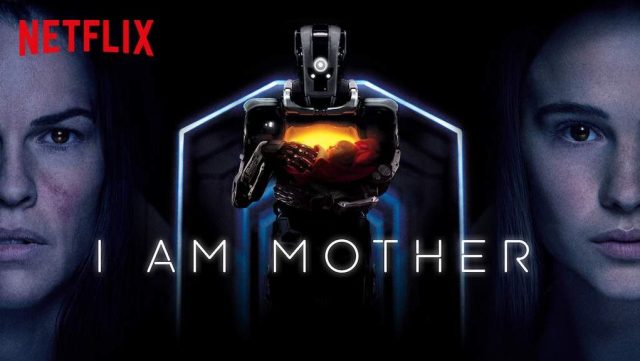 I remember well my good friend Madhavi Gadgil had mentioned about this movie somewhere long back. It was in my mind to see this one. Finally, happened to see this action flick and wasn’t dissappointed a bit. It held my attention from start to finish. The movie has cool action and stylish presentation. I like girls with guns movies. Remembered Angelina Jolie while watching this one.I liked Zoe in this movie and only after searching for h…er name did I realize that she was in Avatar.

Though this one is a typical revenge action drama, but still it is entertaining and has edge of seat aderline action scenes. Zoe Saldana has tremendous screen presence and beauty as well. She is believable as a stone-cold assassin, especially the way she sneaks and crawls around like a Ninja. 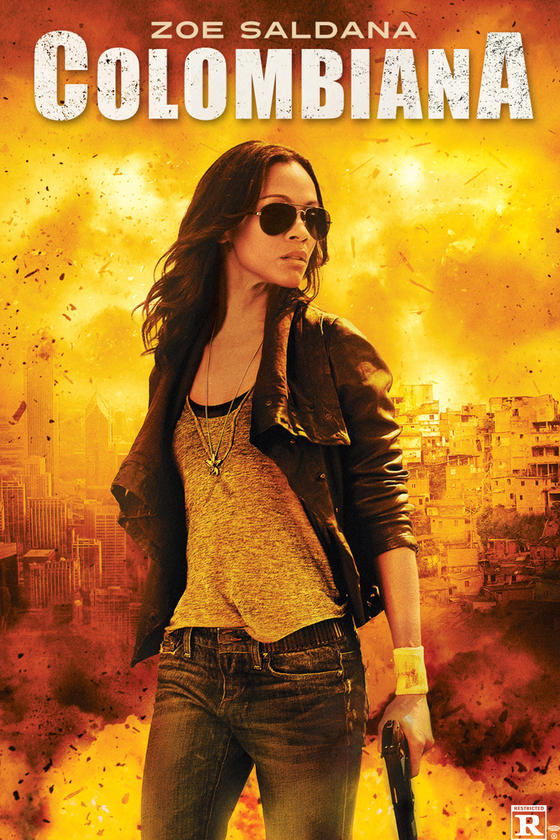 I was curious to see how Sujoy Ghosh would adapt The Invisible Guest, one of the best Spanish Thrillers. The only significant change that is made in the Hindi version is change of genders. So, Amitabh Bachchan and Tapsee find place in this movie. That is a major plus point. However, I feel the title is the major spoil sport for a thriller like this one. In most of the cases the originality is lost in the translation.

That is not a case here. Badla …sets a perfect example of how to remake a movie. I am sure that those who haven’t watched the original Spanish would be thrilled with its suspense and the major plot twist in the climax, like I did while watchingThe Invisible Guest.

Badla scores on many aspects like thrillers should be fast paced, crisply edited and a tight screen play. The other best part is its dailogues and background score. The references to Mahabharata is a good thing. The cinematography makes this movie look beautiful.

The plot mainly revolves around two characters Mr.Bachchan and Tapsee. Sujoy made a perfect choice by casting them in this movie. They both are amazing in their individual roles.The way Tapsee’s character changes various shades like a chameleon is wonderful.However, Amrita Singh’s character is well done and she shines in this role. Malayalam actor Tony Luke, who is seen for the first time in a hindi movie has a convincing role and fits his role perfectly.

Nice that this one doesn’t have any songs which would have been speed breakers in a good thriller. All in all a good thriller re-made by Bollywood in recent times. 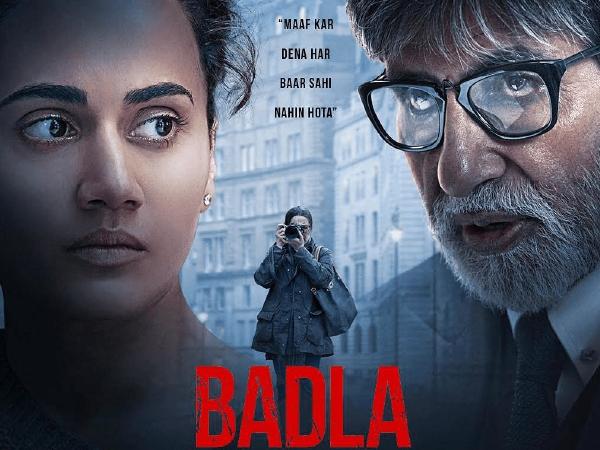 This is the only series that has kept my interest for so long, I mean 10th book in this series and it is still awesome like the first one. It even gets better with each book. D.I.Kim Stone has the ability to shut her traumatic memories in sealed boxes in her memory, but someone has got access to a file from her past life and has started re-creating those traumatic memories and Kim has to stop that person before it is too late.
This one wasn’t predictable and as a matter of fact I went with Kim looking for that unknown person who hated her so much. In that way, the suspense was too good until the climax.
The D.I. Kim Stone series has been close to my heart for years now; and I eagerly wait for the next book to be released.In Dead Memories, DI Kim Stone must face her past in order to determine her future and to catch the killer.Kim has arrested many bad people, many have grudges, many had their lives changed due to this, who has the most hatred for her? Read this thriller to know.
I would suggest to start from Book#1 for those who haven’t read this series so far. My rating is 5/5. Highly recommended. 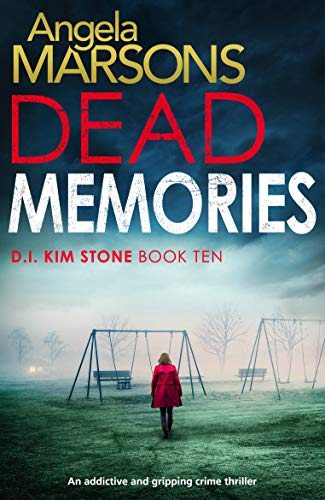 Wow! What an inspiring and beautiful movie this one happened to be. Everyone should see this wonderful movie based on a true story. The plot is unique about a boy in Malawi helps his village by building a wind turbine after reading about them in a library book. The entire village is facing worst crisis without food, people are dying. The boy wants to go to school and study. His poor father isn’t able to pay the school fees.…It does not hide the brutal realities of life, especially in a small village of Africa.

The first time director Ejiofor has done a very good job by giving heart and soul to a touching story. The acting, cinematography, the back ground score, the direction everything blends perfectly together. It isn’t easy to write and direct a movie and also act in it as well, Chiwetel Ejiofor has done it amazingly. Maxwell Simba who plays his son is perfect for the role. They both are wonderful fitted for the roles of father and son.

No other movie can get as real as this one. Also they put in more effort by adding the local language along with engligh in this movie. This one is one of the best movies on Netflix and give this movie a chance and I’m sure that you won’t be dissappointed and also will be moved and inspired.

My rating is 5/5. Highly Recommended. 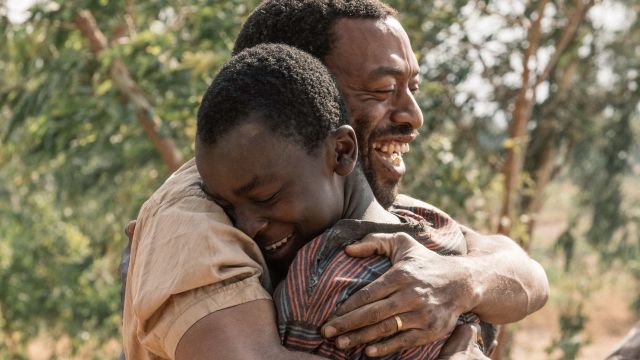 This one is a decent zombie movie with a heart that keeps one engrossed from start to finish.It is based on a 7 minute short film by same name that was released in 2013. It is touching to see a father’s quest to save his infant daughter in zombie infested land of Australia. The plus points are well written and acted, perfectly set in various locations of Australia. The movie is a perfect example of how one could make a better movie with a good sc…ript even if it is a low budget movie.

The acting is natural and heartwarming. I have seen some good zombie movies like “Shaun of the Dead” or “Train to Busan” and even “Warm bodies”. This one adds to that list of good Zombie movies I have watched todate. The other best thing about this movie is good cinematography.

Cargo is far better than any average thriller as it focuses on the lead character and creates sympathy towards him in that way viewers become interested in the movie. The minus points are not so good editing as it drags at some places. Martin Freeman was perfect choice for the role of Andy.

Antony Hayes performace was good too. Martin Freeman puts in arguably a career best performance in a zombie movie of one man’s quest to find a new home for his baby daughter before it’s too late.

My rating is 4.5/5. Highly recommended

I wanted to see the original Kannada version, but couldn’t see it. Finally, I got to see the Telugu remake version on Amazon Prime Videos. The basic plot is between the Hangman and the escaped convict. Though the story revolves around them there are sub plots which bring in other characters and they get connected to these two. This one is a well made road movie after Kendasampige.

I was surprised by the movie’s simplicity, depth of emo…tions and wonderful performances. Technically the movie is good too with nice cinematography, screen play and music. Well, even the jeep becomes a character in the movie..almost.

A criminal, Babji (Uday Shankar) escapes from jail as the day of him being hanged to death approaches closer. Whereas, Jangayya (Doddanna), an executioner gets an official invitation to execute the death by hanging for the person who had escaped the prison. Uday Shankar as the escaped convict comes with a solid performance, where he has to emote more and speak less.Doddanna from Kannada Industry comes with another solid performance as the Hangman who gets to see a redeemed convict Uday and even goes to the extent of fighting for the death penalty convict’s forgiveness from the President of India.

The climax would leave one speechless. This movie made my day.

Rachayitha means a writer and the plus points are some good writing with plot twists. It is let down by poor execution, bad CGI and it lacks the fast pace which is generally seen in thrillers. Dialogues seem mostly long and poetic. It could have been presented better considering the story and plot twists had the potential.

At times, it becomes slow and boring. I continued watching as I wanted to see how the movie ended, if not I would have left half way.

The plot is about Aditya Varma, a writer, who has penned successful books. He has a love story in the flashback while he was a kid and in school, he would have tried to give a love letter to a girl named Padmavati. However, he would have been scolded by a teacher, who is also the girl’s father. He leaves that place and returns after 13 years for his childhood love. Also he is about to start writing his next novel which has theme of “Fear”.

It seems like a good plot is let down by everything else. My rating is 2.5/5. 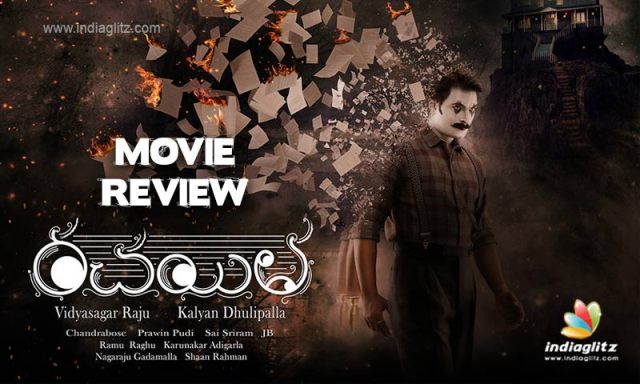 It is rarity of movies like this one which is surely a welcome relief from Tollywood which is filled with mindless masala movies in which heroes are larger than the wafer thin story lines. Rana Daggubati presenting it raised my curiosity.

This one is a gem of a movie which is presented in realistic way right from the start. The movie has 4 different age-groups love stories set in the back drop of a small town called Kancharapalem in Vishakhapatnam which are linked wonderfully towards the end. The world maybe much advanced, but many parts of India is still divided by casteism. This theme finds its place in two of the love stories which tug at one’s heartstrings.

I love anthologies in movies and this one reminded me Chandamama Kathalu. C/O Kancharapalem takes its own sweet time to establish its characters which makes it boring at times. However, if you stay till the end then you will surely appreciate its uniqueness and the way the love stories are concluded and even linked.

The layered characters offer tremendous repeat value. Especially, the teenage daughter who plays the cupid in her mother’s love story is adorable. I would like to see this one again sometime later.

My rating is 4/5. Highly recommended for those who seek something different. 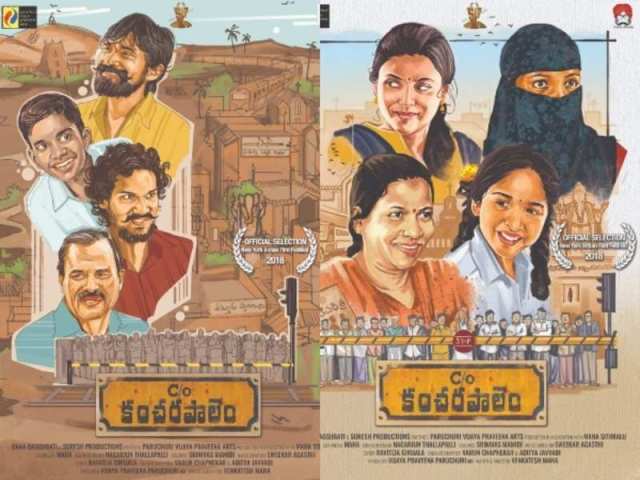 The story of Pinocchio had fascinated me since my childhood days. It was a pleasant surprise to find Pinocchio directed by Oscar winner Guillermo del Toro last Sunday night. I should say that the movie is well made and brought back my childhood memories of this wonderful tale on small screen. 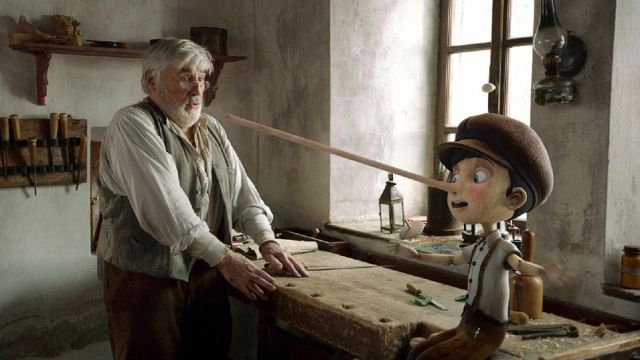 The film will be set in Italy during the 1930s. The story of the carpenter who creates dolls out of wood blocks, who has a dog for his company, goes on to create Pinocchio out of magic wood that is found on his door step one day.

This wooden toy who is named Pinocchio by his creator, comes to life over night and starts calling his creator ‘Papa’. I enjoyed this movie from start to finish.

Everyone can enjoy this movie over weekend with their family.

My rating is 4/5. Recommended.

Paper boats
Create a free website or blog at WordPress.com.